WHAT ARE CORAL REEFS ?

Coral reefs are immense structures composed of hundreds of thousands of individual animals, built over hundreds and thousands of years by tiny animals called corals.

Corals are marine invertebrates within the class Anthozoa of the phylum Cnidaria, which includes also anemones and jellyfish. Unlike sea anemones, corals secerne calcium carbonate to form a hard skeleton: the reef.

A coral “group” is a colony of myriad genetically identical little polyps. 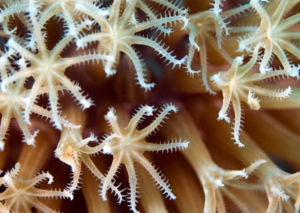 Coral reefs are the largest structures built by organisms (other than humans) on Earth and offer an exquisite amount of beauty and animal diversity that can compete with any ecosystem from all environments. Over 100,000 marine species call coral reefs home and humans receive a range of both ecological and economic benefits due to the presence of coral reefs and the ecosystems they support.

When corals are mentioned, most people think about clear, warm tropical seas and reefs filled with colorful fish. In fact, stony, shallow-water corals — the kind that build reefs — are only one type of coral. There are also soft corals and deep water corals that live in dark cold waters.

Fringing reefs  grow near the coastline around islands and continents. They are separated from the shore by narrow, shallow lagoons.

It is distinguished from the other main types in that it has either an entirely shallow backreef zone (lagoon) or none at all. 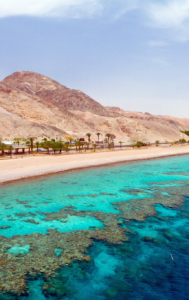 If a fringing reef grows directly from the shoreline (see photo, right) the reef flat extends right to the beach and there is no backreef. In other cases (e.g., most of the Bahamas), fringing reefs may grow hundreds of yards from shore and contain extensive backreef areas with numerous seagrass meadows and patch reefs.

This type of coral reef is the most common type of reef found in the Caribbean and Red Sea. Darwin believed that fringing reefs are the first kind of reefs to form around a landmass in a long-term reef growth process.

Barrier reefs also parallel the coastline but are separated by deeper, wider lagoons. At their shallowest point, they can reach the water’s surface forming a “barrier” to navigation.

The Great Barrier Reef in Australia is the largest and most famous barrier reef in the world. 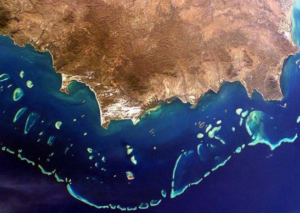 Atolls are rings of coral that create protected lagoons and circle them partially or entirely.

Are usually located in the middle of the sea. 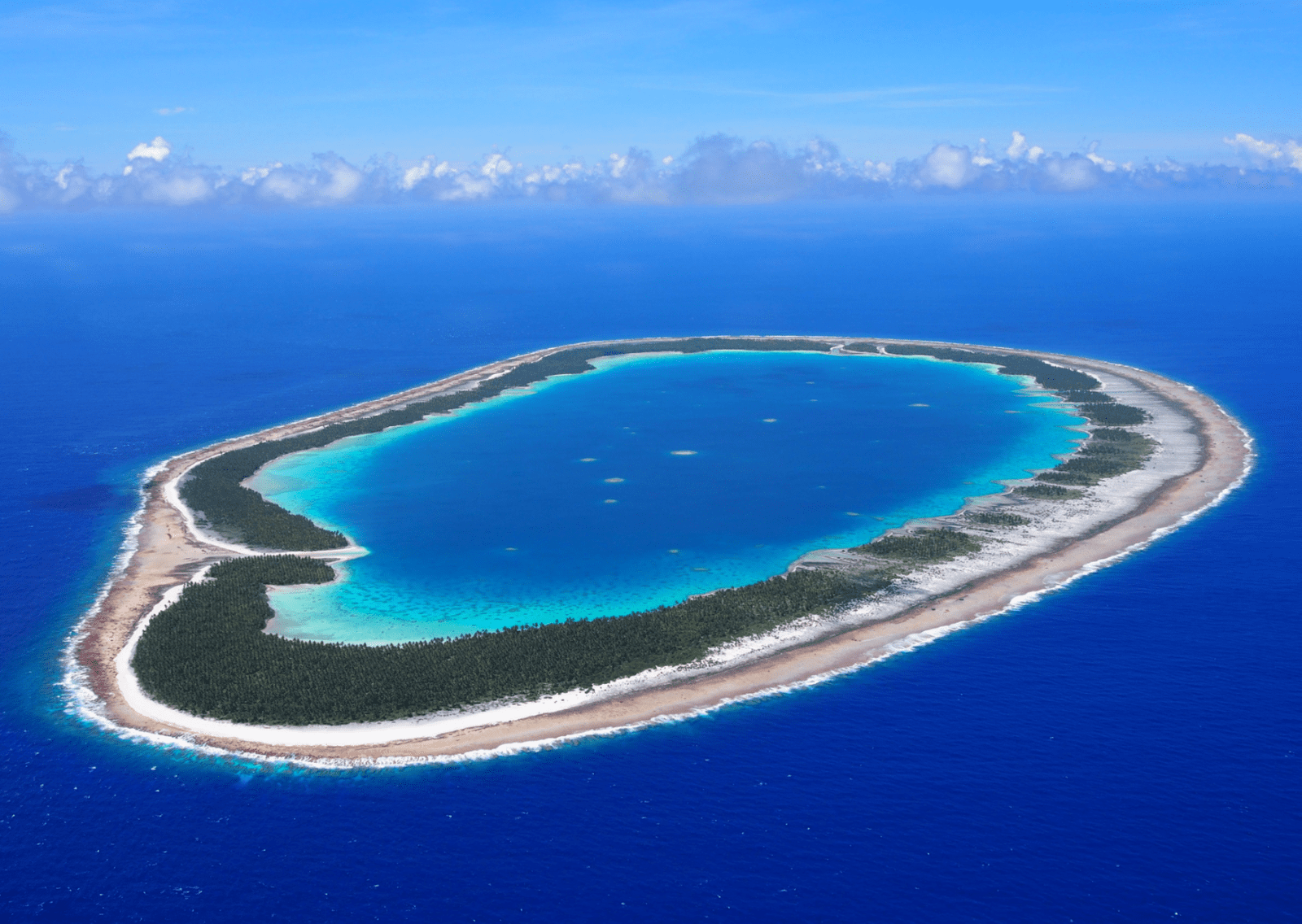 Atolls usually form when islands surrounded by fringing reefs sink into the sea or the sea level rises around them (these islands are often the tops of underwater volcanoes). The fringing reefs continue to grow and eventually form circles with lagoons inside.

The coral of the atoll often sits atop the rim of the extinct seamount or volcano. For the atoll to persist, continued erosion or subsidence must be at a rate slow enough to permit reef growth upward and outward to replace the lost height.

Reef-building corals will thrive only in warm tropical and subtropical waters of oceans and seas, and therefore atolls are only found in the tropics and subtropics. There are approximately 440 atolls in the world.

Most of them are in the Pacific Ocean (Hawaii, Polinesia and many more) and in the Indian Ocean (Maldives, outer islands of Seychelles). But there are atolls also in the Caribbean, in Australia, Indonesia, Cina and so on.

Want to know more about coral reefs, how they live, all the species that live in this habitat?

WHAT ARE CORAL REEFS ?

WHAT ARE CORAL REEFS ?
Scroll to top

You can find more information about which cookies we use on the site or disable them in settings.

This website uses cookies so that we can offer you the best user experience possible. Cookie information is stored in your browser and helps us recognize you when you return to our website and helps our team to understand which sections of the website you find most interesting and useful. la migliore esperienza utente possibile. Le informazioni sui cookie sono memorizzate nel tuo browser e ci aiutano a riconoscerti quando torni sul nostro sito web e aiutano il nostro team a capire quali sezioni del sito web ritieni più interessanti e utili.

Strictly Necessary Cookie should always be enabled so that we can save your preferences for cookie settings.

If you disable this cookie, we will not be able to save your preferences. This means that every time you visit this website you will need to enable or disable cookies again.